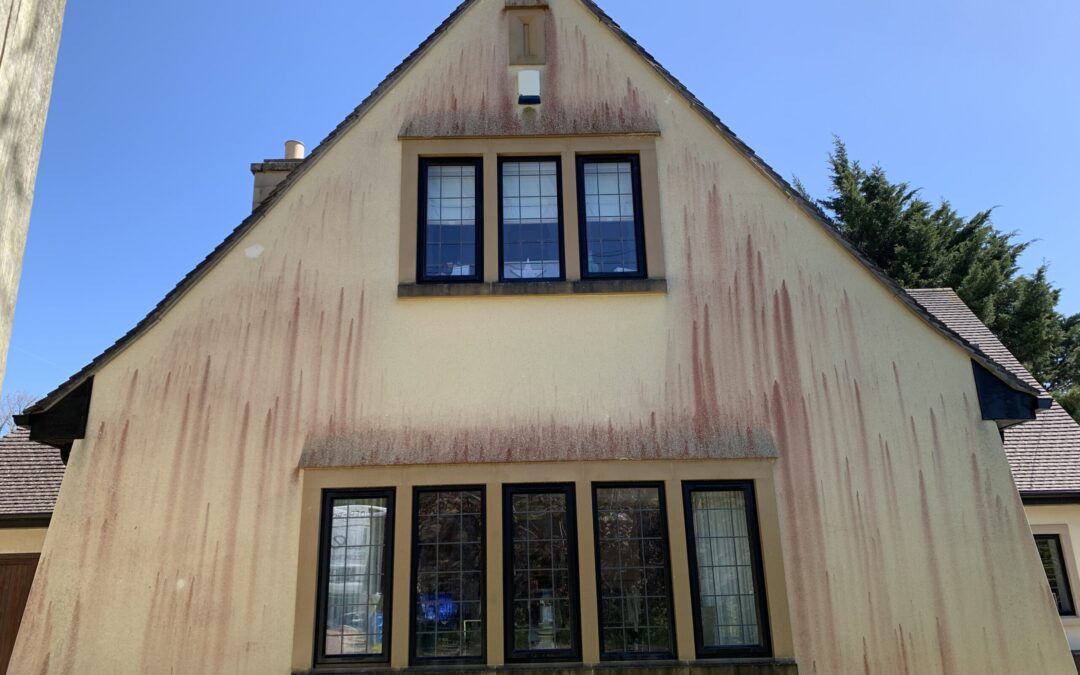 It may sound like something out of a horror film, but there are thousands of houses across the UK that look like they are bleeding. You will often find that one or two elevations of these houses have long red streaks running down the render. Render cleaning products such as K Rend, Weber, Parex and Monocouche render systems are all affected by these marks. Have you noticed these marks on your K Rend house? Does your house look like it’s bleeding? These red streaks on render can look unsightly and over time they will spread.

So what is it and who does it look like your house is bleeding? 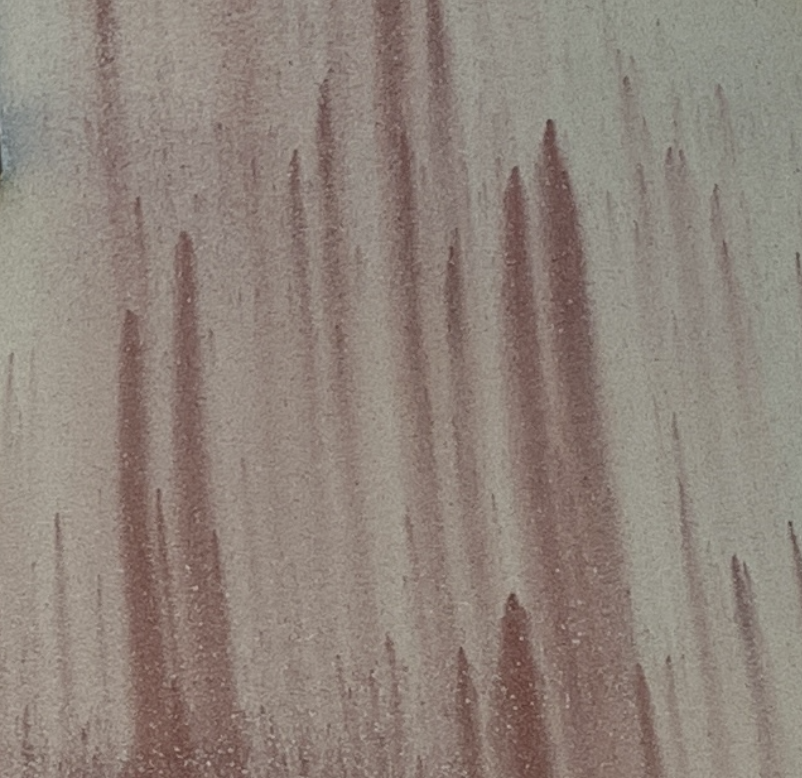 Rust is possible to find on rendered houses. It can also look a lot like the image earlier on in this blog post. So, how can you identify if your problem is rust?

Rust runs will have a source. This is usually something like a screw or some other fixing on the wall that has rusted. Then when it rains this rust is spread down the wall. But rust is usually more of an orange or brown stain instead of red. Rust run marks on render can also be caused by pieces of metal in the render itself. This is rare, but happens from time to time.

Is it runs from the tiles?

This has been suggested by a few of our customers. You can understand why this is what some people may think. However, these runs are often found on walls that have no tiles above.

So, What are the red streaks you can see on your render? 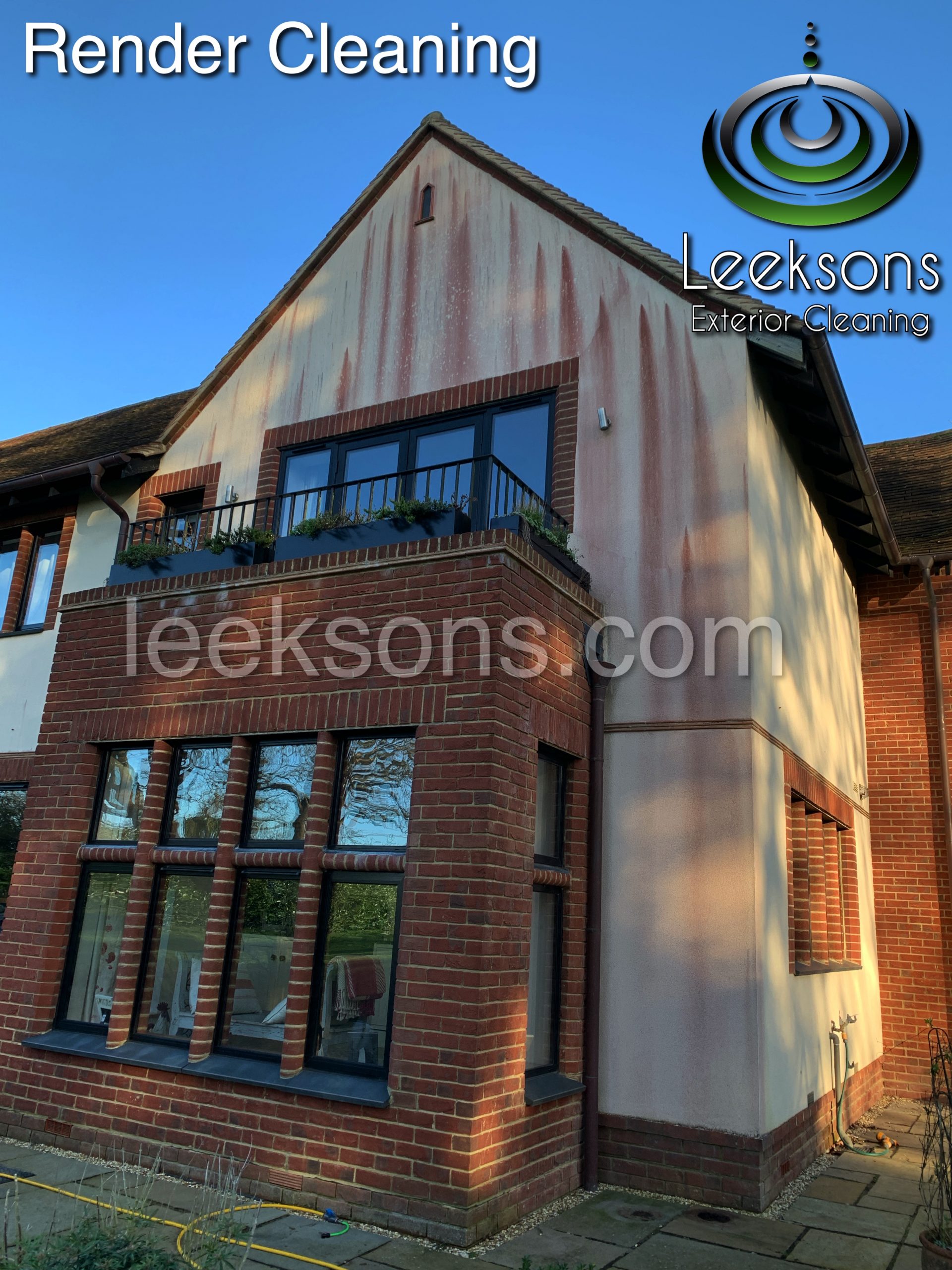 The red streaks on your property are caused by algae growth

The red long run marks on your K Rend walls is a wind-borne algae. The algae will be carried by the wind, so the streaks are usually found on walls that take the brunt of the weather. Then, when it rains the algae is spread down the wall. This leaves red streaks on your render. Red streaks usually start very small, but get longer and darker over time.

How can you remove red streaks from render?

Your house is not bleeding. It is algae growth. This can be removed, but care must be taken not to damage the render in the process. This means pressure washing is not the right thing to do. The algae needs to be killed in a gentle cleaning process. Sometimes with a light steam clean.

Leeksons Exterior Cleaning specialise in cleaning render. With over 20 years experience in specialist exterior cleaning services Leeksons are able to transform your property.