How to remove ivy from rendered walls 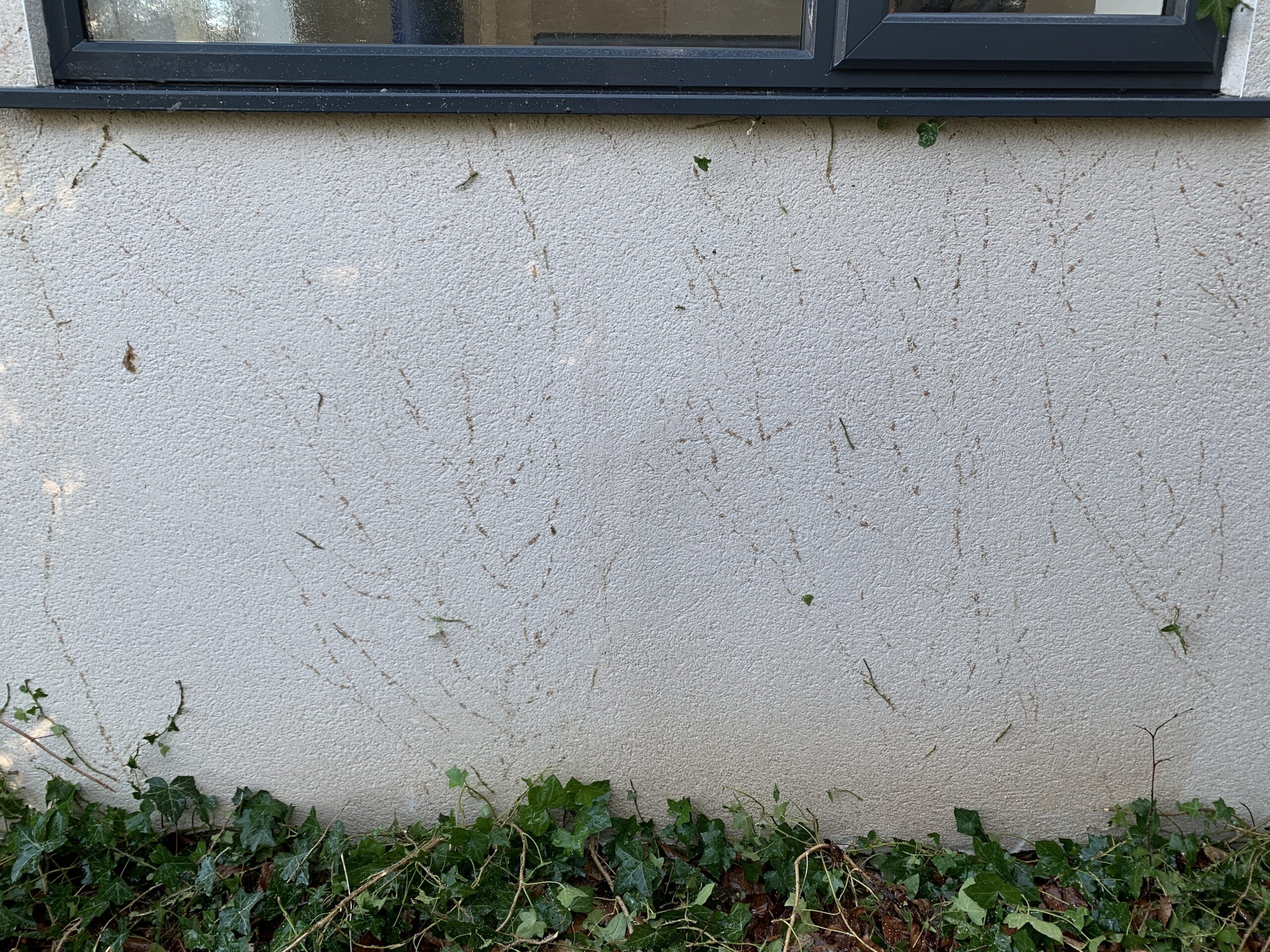 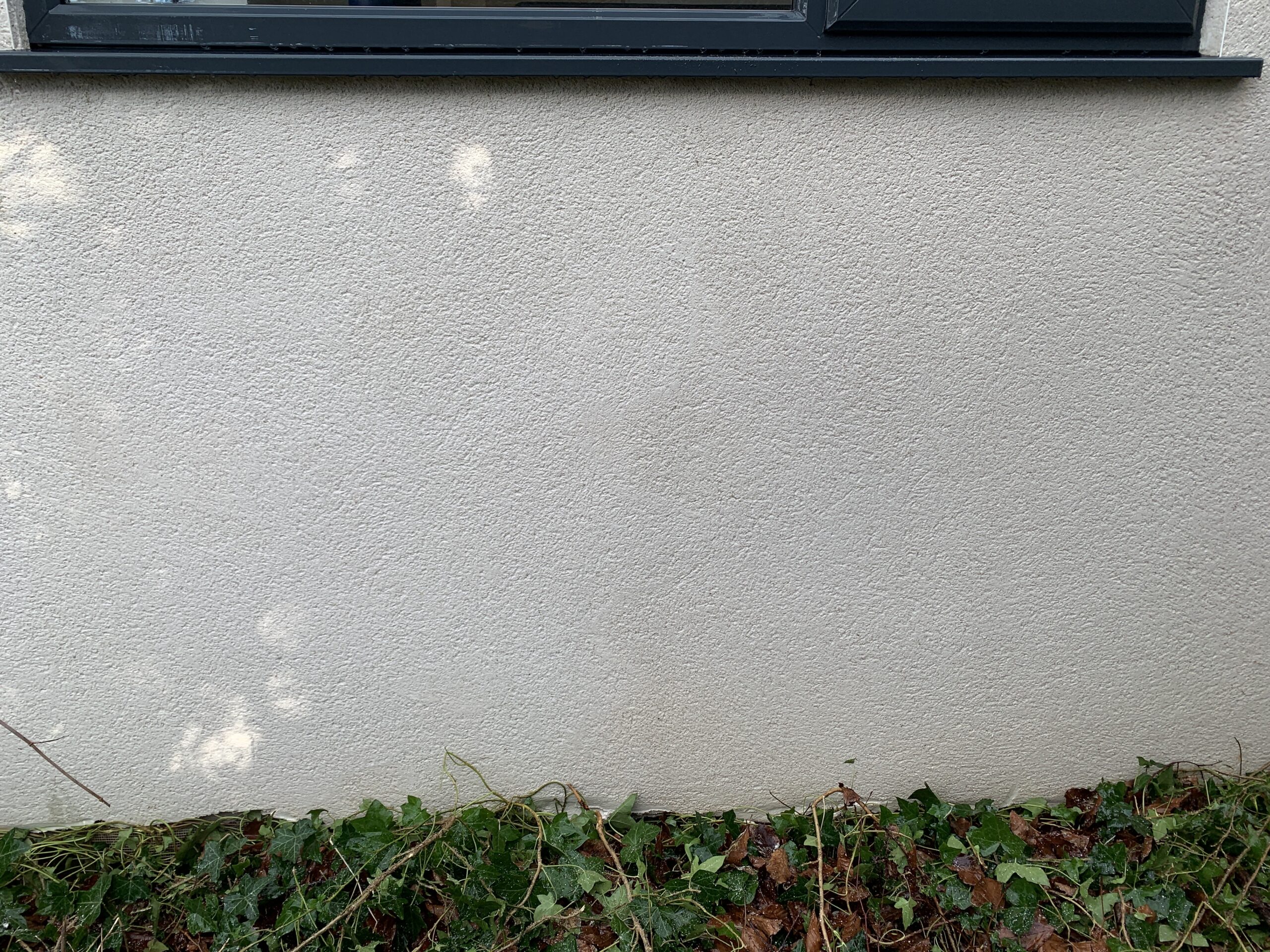 Should you cut the ivy off at the roots?

Yes, but not yet! While the ivy is still green it it a lot stronger than when it is dead. This means it is best to remove as much as possible from the wall when it is still green. Start close to the base of the ivy, then cut off a vine and pull the vine toward you meaning it will come away from the wall. Keep doing this to get the majority of the ivy off the wall. Whatever can not be removed this way will need to be removed in a later step. Now you can cut off the ivy at the roots.

Now this is the hardest part of the ivy removal. Sometimes the little suckers can be as hard as concrete!
First, you will need to soak the ivy left on the wall with a chemical that will soften it. After around 30 minutes of soaking you will need to steam clean the ivy and tendrils to remove the rest. On some occasions you may even need to blast clean the ivy tendrils to remove them completely.
But be careful! You can pressure wash ivy off brick as the surface is hard enough to cope with the clean. However, removing ivy from a painted wall is a little different. The wall will need to be repainted after the clean. If you are looking at how to remove ivy from pebble dash it can be even harder as any pressure on the surface will remove the stones from the wall. If this is the case low pressure steam is needed and you may find that some of the tendrils are best left on the surface, rather than stripping the wall of all its pebbles.
Ivy removal from any surface involves using professional grade equipment to do it properly. Ivy removal cost will vary according to location, access, level of algae growth, etc. But do not be tempted to go for the cheapest price. A person with a pressure wash may be able to remove the vast majority of the ivy, but think about the potential damage that can be caused from incorrect cleaning! So, are you looking to see how to get rid of ivy on brick walls, rendered or pebbledash? If so, get in touch today for your free quotation.